Global Education Conference: Discussions on the Future of Education 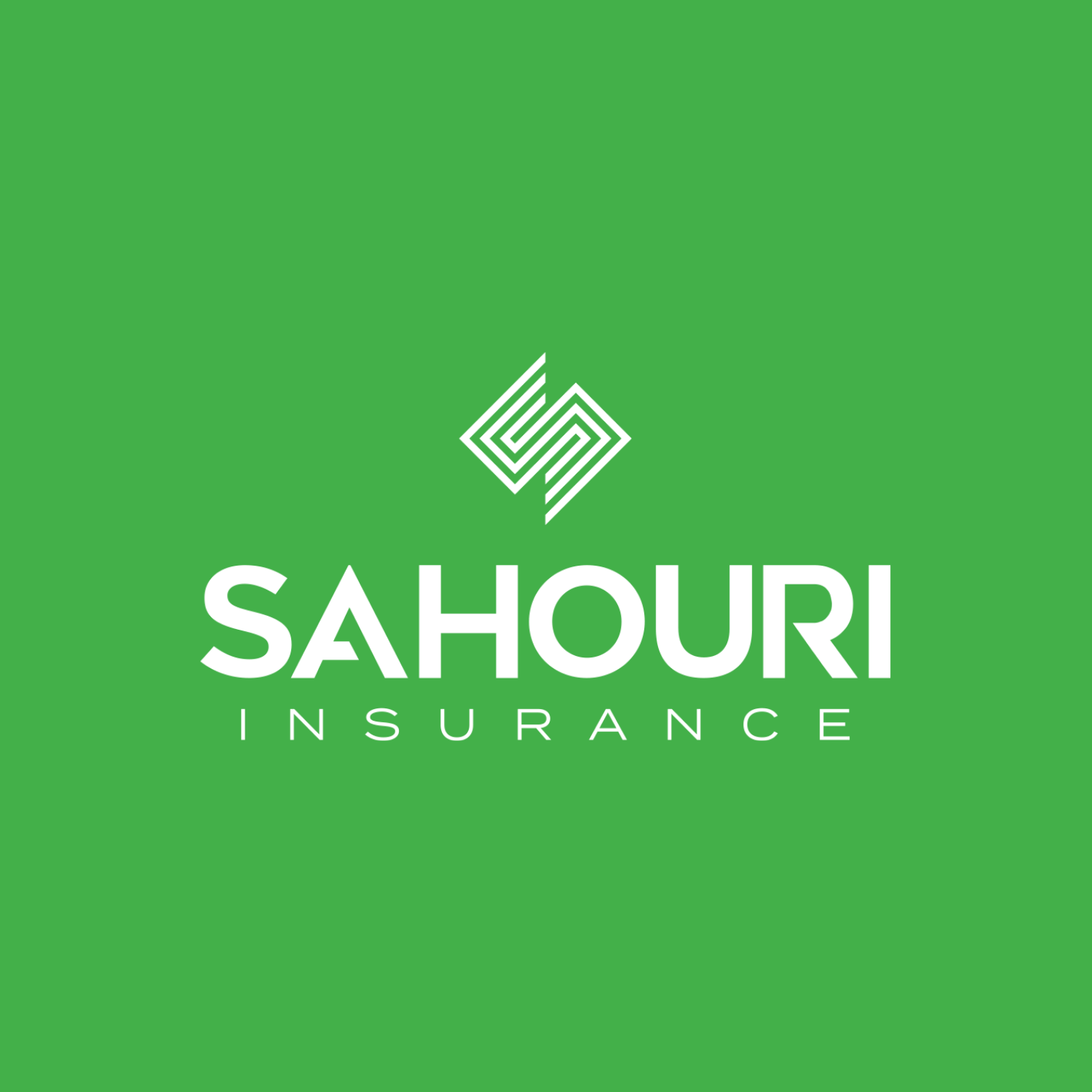 Hosted by the Embassy of France last month, the Conference convened high-level diplomats, Fortune 500 companies, academic thought leaders, and   influencers from the private sector to discuss key educational trends impacting international students in the U.S. and around the world.

The Conference addressed developments in 21st century education from a global perspective. The all-day convention focused on benefits gained by international students and their host countries from global education and how students and educators can adapt to developing technology.

Opening remarks were made by the host, the Ambassador of France to the United States, H.E. Philippe Étinne  who suggested the conference's underlying theme: "making higher education accessible to all."

Borders, while important, should never prevent us from connecting and sharing with other human beings.

Arizona State University's Director General and Dean of the Thunderbird School of Management mirrored this theme by declaring that, "borders, while important, should never prevent us from connecting and sharing with other human beings."

The conference featured the following panels: 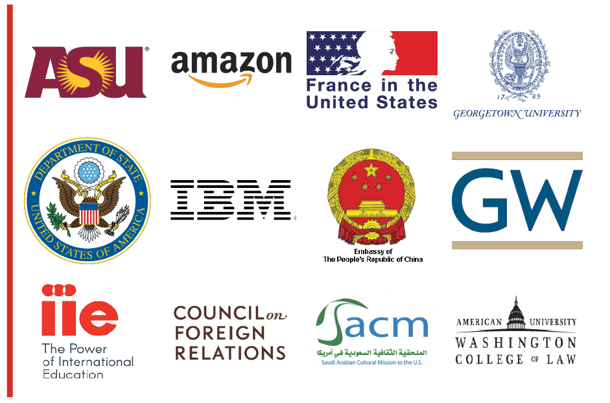 Each year since 1948, The Institute of International Education (IIE) has conducted Open Doors - a research project documenting statistics of international students studying in the United States.

Dr. Mirka Martel, the Head of Research, Education and Learning at the Institute detailed IIE’s findings of student mobility for last year. Since Martel’s address last week, new statistics for 2019 have been released. 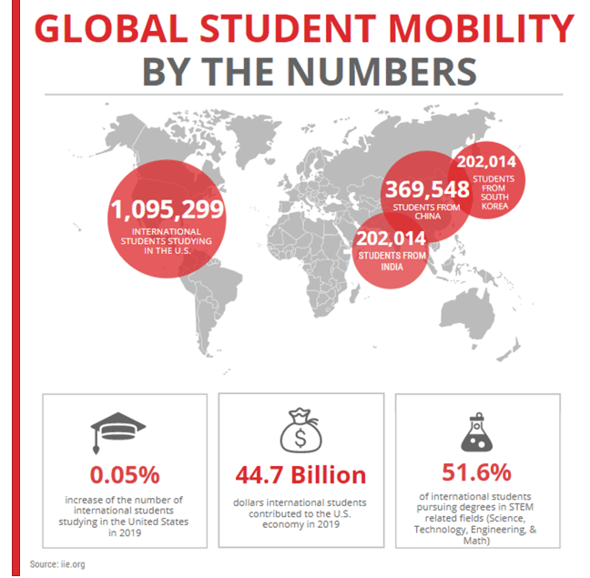 The Future of Education.

As artificial intelligence becomes more prominent in the workplace, the skills students need to learn to stay competitive are rapidly shifting and evolving. Jeff West, the Corporate Responsibility Leader for the IBM Corporation believes that 100% of jobs will be changed and impacted by AI.

West assured the audience that artificial intelligence will “augment, not replace humans.” To prepare for future careers, it is necessary for students to develop emerging, relevant skills. Therefore, IBM created P-TECH schools.

These institutions help students earn high school diplomas or relevant associate degrees while acquiring knowledge essential to success in a 21st Century job.  Although West believes many AI jobs have not even been imagined yet, P-TECH should provide graduating students the skills they need to enter the workforce and be successful.

Another obstacle facing 21st Century workers is educating older workers on new technology. Ina Gjikondi, the Director of Executive Education & Coaching at the GWU Center for Excellence in Public Leadership suggests training more leaders who can teach within their own organizations.

Through this mentorship process, Gijkondi suggests that learners should think with their “head, heart, and hand.” She believes this method will support whole person learning, to foster deeper thinking and then, deeper learning.

According to the U.S. Department of Commerce, women hold only 24% of jobs in STEM related fields and, according to Forbes, only 5% of leadership jobs in the tech industry.

Dr. Katheryn Furby, Meighan Stone, and Teta Moehs are empowering women to change the statistical landscape through education. Stone, a Senior Fellow at the Women and Foreign Policy Program at the Council on Foreign Relations, believes “if we’re not training young women to be apart of a modern economy, they will be left behind.”

If we're not training young women to be a part of a modern economy, they will be left behind.

This sentiment holds true for girls in the United States and abroad. She advocates that young girls receive education that equips them with the agency and skills necessary to be equally successful as men in the workforce.

To this end, Teta, Deputy Director of The Office of International Visitors suggests that educators start with “planting a seed.” To accomplish this, the panelists believe It is important to foster girls’ interests as well as erase the misconception that only a certain type of person can be a scientist. In addition, Furby believes in the importance of injecting more scientists into the policy making process.

Meighan Stone follows a similar position with the idea to fund local women leaders and therefore “elevating women and making sure that they are able to share with each other on a peer level and a mentor level.”

Anna Gawel, Managing Editor of The Washington Diplomat opened the panel stating: "Nothing breaks down political barriers better than personal interaction,” to mark the beginning of a discussion on the diplomatic outlook on international learning.

Nothing breaks down political barriers better than personal interactions.

Throughout the discussion, panelists united over the benefits of cultural exchange when students travel and study internationally. Nahlah Al-Jubier, the Director of the Saudi Arabian Cultural Mission, stressed the significance of students understanding how Americans and other cultures conduct business.

Through this, she believes students will be open to greater opportunities globally. Additionally, she is certain that Americans will benefit from visiting Saudi for stereotypes to breakdown, friendships to form and a greater cultural understanding to grow.

Minister Counselor Xinyu Yang heads the Education Office at the Embassy of China and expressed excitement to celebrate the U.S. and China’s 40th anniversary of educational exchanges this year.

While Chinese students are the largest national group studying in the United States, the number of learners has actually slightly decreased over the years. This may be due to students struggling to get visas, although the Chinese ambassador says there has been no change in visa policy.  Nonetheless, the exchange and bi-lateral travel between the two countries remains key.

Higher Education Officer at the Embassy of France, Michael Vallee emphasized his country’s collaboration with scientific research institutions in the U.S.

According to the Embassy's Office for Science and Technology, their program “enables U.S. scientists and engineers to establish collaborative relationships with international colleagues to advance new knowledge and discoveries at the frontiers of science and engineering and to promote the development of a diverse, globally-engaged U.S. scientific and engineering workforce.”

In an energetic segment on building foreign leaders, Anthony Clark Aren, Professor of Government and Foreign Service at Georgetown University kicked off the panel by challenging the saying “leaders are born, not made.”

To build strong, global, leaders, Arend suggests young students study ethics and seek out successful mentors. He believes the methods of modeling great leaders and understanding their own personal framework of ethics will “equip students to do no less than change the world.”

Melanija Radnovic began by asserting, “it is not a simple decision for international students to study in the United States.”

In addition, traveling students must make a variety of important decisions before traveling to the United States.

From deciding on international student health insurance to preparing for the visa interview, transitioning as an international student can be difficult. In order to ease this transition, Donoghue’s department has implemented programs that provide support both in and out of the classroom. This way, students can build their English language skills in formal and informal settings with fellow classmates.

The Washington Diplomat holds a unique interest to international affairs as a monthly newspaper devoted to the embassy perspective. According to its website, the newspaper has provided the diplomatic community with thorough coverage of global matters for over 20 years.

Sahouri Insurance is a long-standing business partner of the Publication through its Embassy Insurance Program. 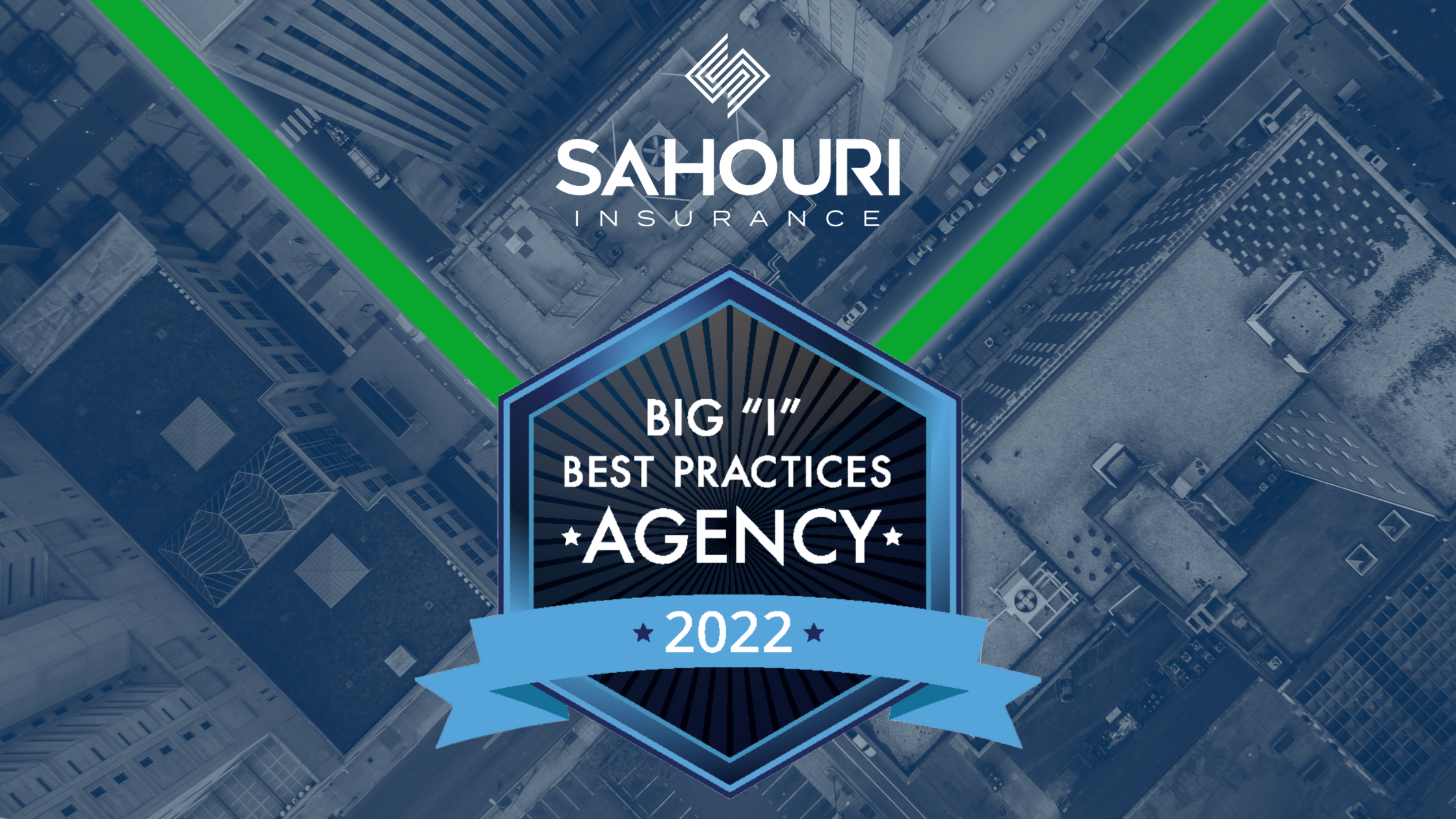 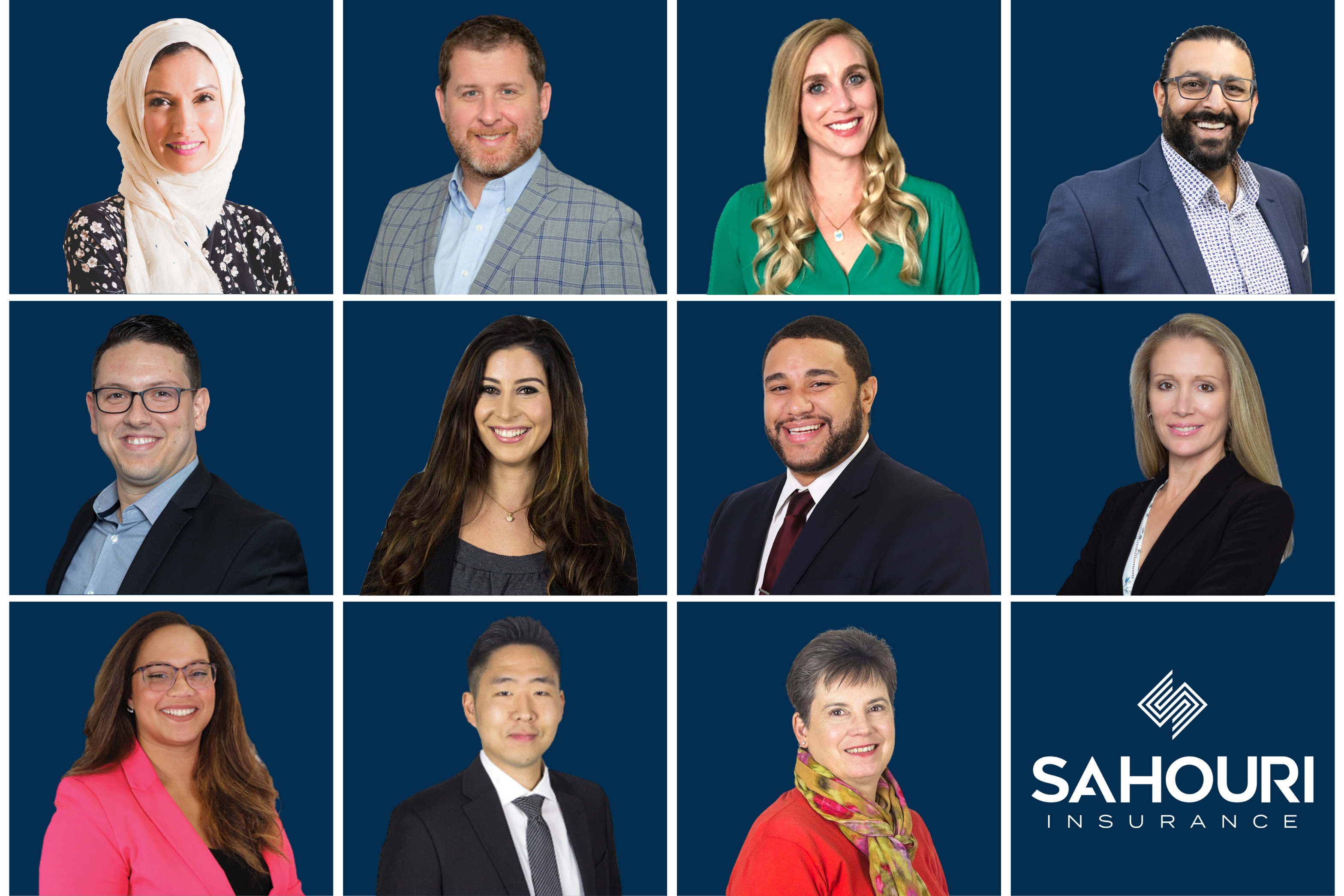 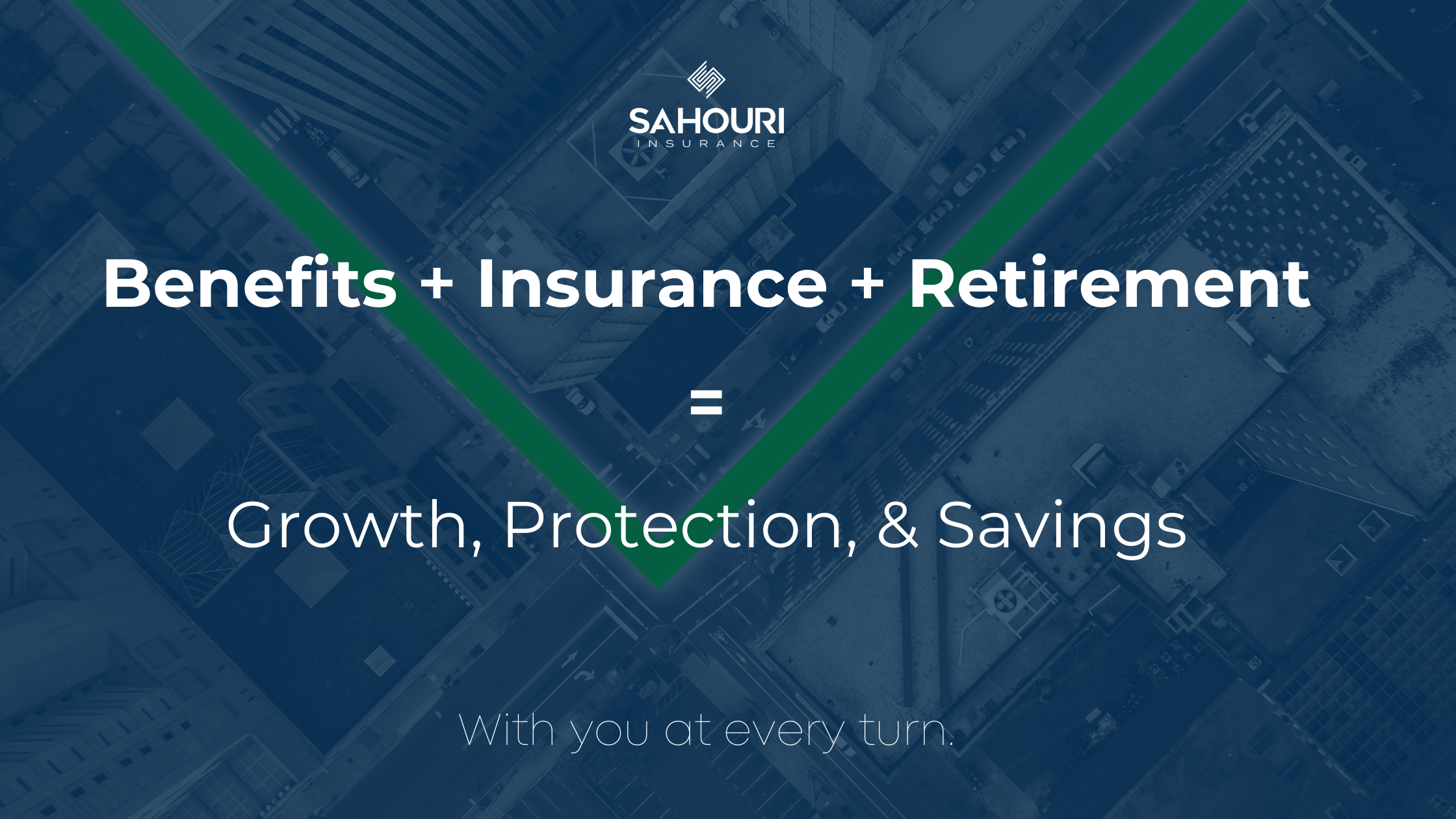